Skip to content
Main
World economy
Why the economy of Singapore is considered one of the best in the world
World economy
Админ01.08.2019

The main feature of the economy of Singapore is a developed market system that generates export. Large income by household electronics, information technology, pharmaceutical, and financial services. The economy of Singapore depends also on the activities of transnational corporations and characterized by openness and absence of corruption.

How is the economy of Singapore developing

In the state, GDP is among the highest in the world, and per capita is more than 28 thousand dollars.
The world crisis of 2001 in the segment of technology has affected the economy of the country, but by 2005 the situation began to improve. In 2005, the unemployment rate was 3.3%, by 2008, the figure dropped to 2.2%.
Stable economic growth in Singapore has been observed since 2010. Achieved such success, thanks to the investment of the pharmaceutical and medical industry. The country is considered the financial center of Southeast Asia.
Singapore has made a great leap in a short time reached the level of developed countries. Worldwide well-known companies Singapore Airlines and Fairmont Raffles Hotels. The country developed shipbuilding, electronics, financial services. Actively invested segment of biotechnology.
Singapore’s economy has a number of advantages:
● favorable conditions for investment;
● fierce competition that stimulates business development;
● a proper level of education of the population, the availability of qualified professionals;
● high standard of living.
Regardless of these few advantages, there are negative points as well. The country has not enough water resources and delivery from Malaysia. In Singapore there is almost no food production, most of it is imported.
Taking into consideration its rapid development, the state has a shortage of specialists and supply in the commercial real estate market do not meet the demand. 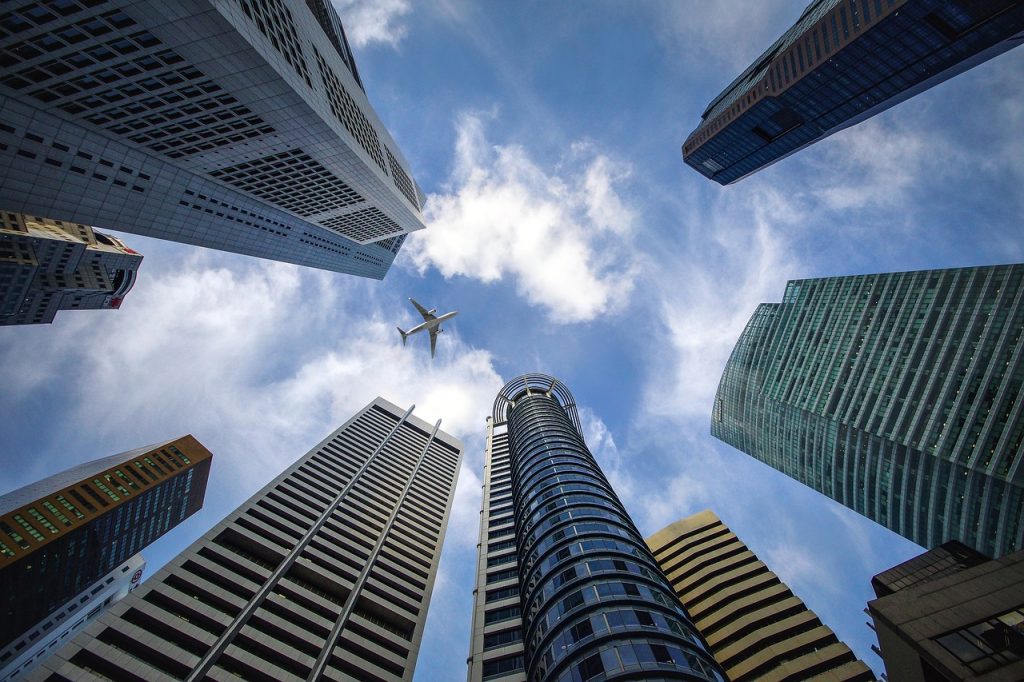 Singapore is one of the largest ports. It is the 3rd in the world in oil refining after Houston and Rotterdam. The country has developed the manufacturing of semiconductors.
From an economic point of view, Singapore is a great option for starting and expanding a business. There exists a well-established financial infrastructure, the government is stable and the legal mechanisms are transparent. The country is presented by more than 120 corporations.
The tax system of the state created to attract foreign investors. For a designated set of incentives and a simplified system of doing business.
A large percentage of the capital of Singapore’s economy comes from services, which employs more than 70% of the population.
One of the priorities is the development of small and medium-sized businesses. Such enterprises account for 92% of all registered companies and good GDP growth and new jobs for the population.