Why the dollar rose while the oil prices have remained stable?

At the end of March in the financial market of the Russian Federation noted the growth of the stock. Why increased the dollar? Initially, the buyers have not been active, due to the fall in oil prices and volatility the stock exchanges of Asia, Europe, and America. However, news of the conclusion of an agreement between the US and China has reignited investor interest in the purchase of shares and the growth of the dollar and the Euro. This also affected the increase of Mosuri, but the stock never reached the 2500 points.
FESCO shares took the top position in the ranking and have risen in price by 14.2%. FESCO group has increased turnover by 35% and EBITDA has achieved the best values for the last five years, and it is ₽11 billion.
Shares of supermarket chain Lenta has increased in price by 2.4%, at the moment mentions the possibility of sales of 7.4%, the EBRD, the company Mordashov.
Paper Energo-metallurgical holding En+ to the last hours of trading fell by 7.2%. The collapse caused by the failure of the company to pay annual dividends. Actions “Norilsk Nickel” shifted down 3.2% due to a record reduced prices for palladium. On the background of negative developments, the General Director of the company took the decision to reduce dividends.
At the end of the first day of trading, the index Mosberg was fixed at the level of 2492 points. The RTS indices rose to 1207 points. Good results were secured Yandex, Severstal, NLMK, Tatneft. In the RDF forecasts no major price collapse, as investors increasingly are interested in a positive conclusion of the auction.

Why the dollar rose in April?

In the financial market is the growth rate of foreign currency – $ 1 is ₽65,02, 1 Euro ₽73,02. The strengthening and growth of the dollar are associated with the successful establishment of trade relations between America and China, the increase in jobs and a positive change in the social economy. The position of the ruble has shifted down and other currencies of developing countries, however, the situation of the ruble managed to strengthen due to the sold at the auction of the government bonds and taxes on profits. Support the ruble had and the positive atmosphere in the sphere of macroeconomics: sufficient gold and currency reserves, budget, stable balance of payment and settlement with foreign debt payments. 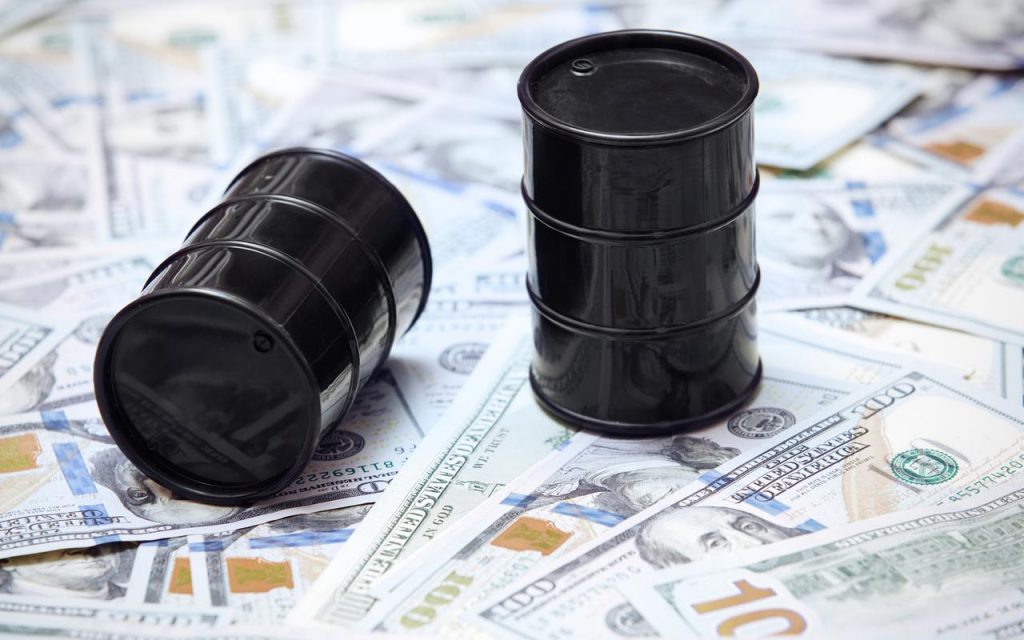 According to analysts, due to the current controversial situation in the Venezuelan matter and anti-Russian sentiments, the pressure against the national currency of the Russian Federation will increase. Experts “BSPP Capital” stated that the dollar/ruble exchange rate is fixed at around ₽65-66,5.
The value of quotations of oil fell to $66.5 a barrel.This decline occurred after the direct appeal of the US President with an appeal to increase oil production and reduce the cost of raw materials. The Russian market of oil pressure 2 factors: an increase in oil production and oil reserve in the United States and the growth of the American currency. An additional negative factor that supports the prices serve the geopolitical tension and unstable supplies from Venezuela. According to the expert of “BCS”, the main threat to the commodity market is the volatility of the economic processes in large countries.